Hi everyone!
Hope you all are doing well! What a week it was… Some events in the lotteries across South Africa last week (17-23 February) were really exciting. Below, we will present the latest results and trends.

There were two draws last week (Wednesday, 19 February and Saturday, 20 February). Unfortunately, no one won the jackpot (6 numbers) any of these days. However, we are really happy for the lucky one who managed to get the best result last week. On Saturday's draw, the second best prize worth R102,589.8 (5 numbers + BONUS) was acquired by one player. The chance to win prizes from R20 started from 1 in 96 - best of luck for everyone playing and gambling next week. 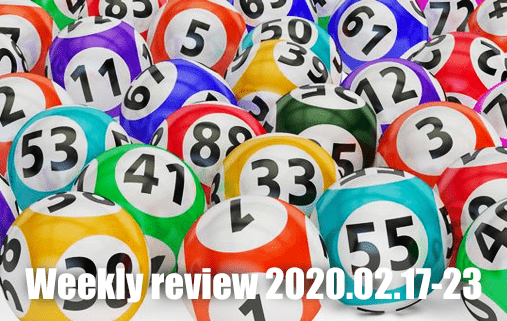 Another well-known lottery had two draws last week: one on Tuesday (18 February) and one on Friday (21 February). The overall prize pool reached R52,105,800 in total. There were no winners of the main jackpot (5 numbers plus POWERBALL) across these draws, but 6 players got all necessary numbers the second best result (5 numbers). This combination was worth R81,239.7 on Tuesday and R175,694.5 on Friday. The probability of getting this prize was 1 in 1,286,062 during both draws.

Similarly as the sister lottery Powerball, Powerball Plus draws were set on the same days last week: Tuesday (18 February) and Friday (21 February). There were no winners of the jackpot (5 numbers + POWERBALL) across both draws. On Friday’s draw, 2 players received the second best prize (5 numbers) which was worth R82,706.6 for each winner. The probability to win these second best prizes was exactly the same as in the original version of Powerball - 1 in 1,286,062.

Lotto Plus 1 was live two times last week, namely Wednesday (19 February) and Saturday (22 February). Our team is really happy to announce that there was 1 winner of the jackpot! This happened during the draw on Wednesday, when the lucky one managed to collect all 6 numbers, necessary for the largest prize in the pool (R3,944,889.4). The chance for this event was 1 in 20.358,520.

Congrats to the winners and participants once again. Really keen to see you all next week!